I know your life is ‘fine’ right now…but trust me,
this is not as good
as it gets!

You know how it goes… You bump into someone you haven’t seen for a while and when they ask how you are you say, ‘Fine’. Which of course you are – there is absolutely nothing wrong with your life.

Except that somewhere deep inside, you can’t ignore that nagging voice. The one that keeps asking, ‘a this as good as it gets?’

You try to silence your voice, telling yourself not to be greedy. Feeling guilty for wanting more. Feeling bad for not being satisfied with what you’ve got.

But just because there is nothing wrong with your life, doesn’t mean that it’s as right as it could be… as it should be.

My goal is to show you how to change what isn’t working while celebrating all that is and most importantly how to tell the difference.

Sometimes the changes you need to make will mean doing more, other times it will mean doing less, but if you focus on finding the sweet spot between pursuing your dreams and honouring your values, the life you create will be the one you really want to be living.

I believe that there is a sweet spot.

That living a happy and fulfilling life doesn’t have to be an all or nothing equation.

And I’m here to help you find it.

I’m often asked how I ended up here,
talking about happiness;
what it is, how to get it and
most importantly how to keep it. 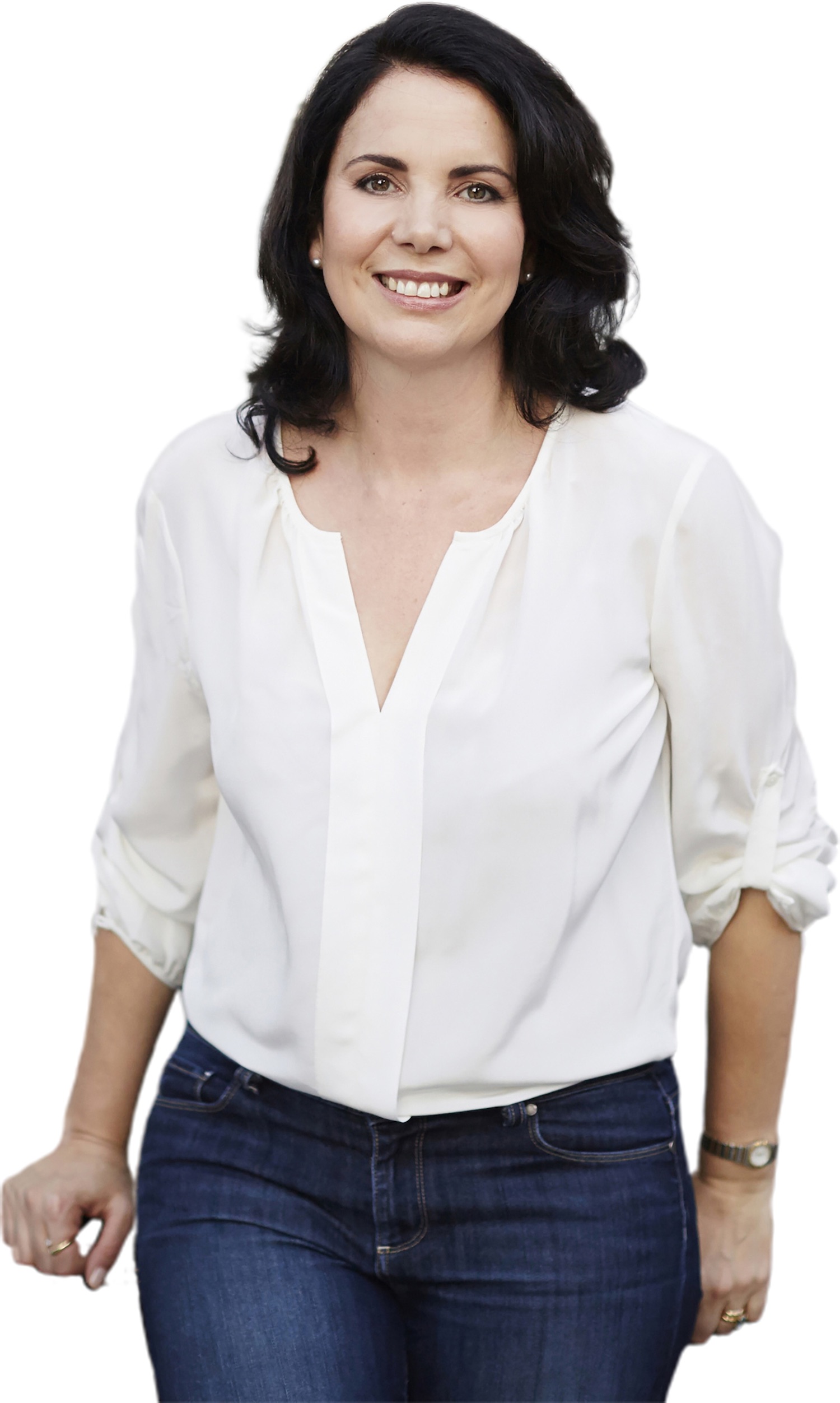 For a while, I worked as a model but I was never thin enough and apparently my smile was much too wide. I decided that was a nice problem to have.

I had a vision of my heels click-clacking along the marble floor of a foyer and decided to get a grown-up job. I found that foyer at the sister bank to the World Bank. The sound effects were right, but it turned out to be a hollow vision.

In my next job, I went to Luxembourg to find a million euros that had gone missing and to make sure it wouldn’t happen again. I decided accounting wasn’t in my blood, but solving problems was.

I helped the world get ready for the Euro and Y2K. Thankfully nobody’s toaster blew up!

Then I studied film and television in Summer School at NYU just for the fun of it and returned to London to create a project management framework for the BBC because they needed it.

During the first dot.com boom, I worked for a company started by The Stanford Research Institute, one of the inventors of the Internet. A few years later I was the most senior woman in what was a soon-to-be-billion-dollar company… but I knew it wasn’t the right home for me.

I found a coach. And discovered her job was ‘The One’.

Since then I’ve worked with ambitious, dynamic and hard-working entrepreneurs, businesses owners and executives, and everyday people, too.

While becoming an internationally recognised expert on happiness and success… and writing a whole lot of books.

The days, I run a coaching and training company, where i teach online courses, lead workshop, and speak at events all around the world.

I’d say, being happy and successful is my life’s work.
It’s a tough job, but someone’s got to do it!

Have you read my best-selling books?

“At last a self-help book that makes sense.”

“What a great book!
Smart, succinct and straight to the point.”

“Your book, The Happiness Code is an absolute masterpiece. I bought my first copy of your book last week and could not put it down. I was so impressed, that I bought 3 copies for my friends.”

“Domonique really seems to get me – in fact, she seems to get us all! It’s like she has been sitting on my shoulder watching me go about my life. Her advice and words of wisdom are always spot on.”

“I’ve already read the first three keys and each one has dramatically changed my way of thinking. I can’t believe that I never knew how many choices I actually have control over. Like simply deciding to be happy or choosing to not let things affect my day that are totally out of my control anyway.”

“Domonique’s simple, easy to follow advice helped me to see what was not working in my life and how I was giving my power away to others. I’m starting to feel more at peace with who I am, and am making bold decisions and standing by them.”

“I wanted to thank you because, despite always being interested in the psychology of life, and believing firmly in carpe diem, time management and every cliché in the book, I still ultimately found complete clarification, motivation and inspiration from reading  your book.” 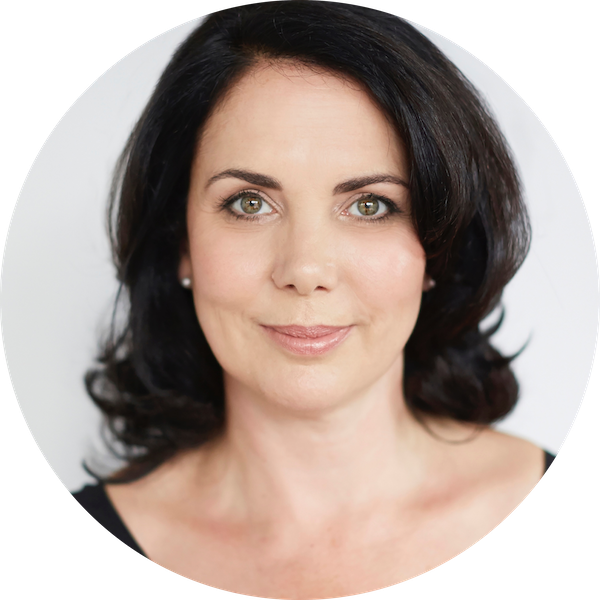 Domonique Bertolucci is the bestselling author of The Happiness Code: Ten keys to being the best you can be and seven other books about happiness: what it is, how to get it and, most importantly, how to keep it.

Domonique has spent the last twenty-five years working with large companies, dynamic small businesses and everyday people, teaching them how to get more happiness, more success and more time just to catch their breath.

Prior to starting her own business in 2003, Domonique worked in the cut-throat world of high finance, where she gained a reputation as a strategic problem solver and dynamic leader. In her final corporate role, she was the most senior woman in a billion-dollar company.

Domonique’s readership spans the English- speaking world, and her workshops, online courses and coach training programs are attended by people from all walks of life, from all around the globe – people who want more out of life at home, at work and everywhere in between.

As well as being an accomplished professional speaker, Domonique has given hundreds of interviews across all forms of media including television, radio, print and digital media; more than 10 million people have seen, read or heard her advice.

When she is not working, Domonique’s favourite ways of spending her time are with her husband and two children, reading a good book and keeping up the great Italian tradition of feeding the people that you love.

Domonique jokes that she has nearly as many passports as James Bond. She is Australian by birth, Italian by blood and British by choice. She is currently based in Sydney, Australia.

This website uses cookies to improve your experience while you navigate through the website. Out of these, the cookies that are categorized as necessary are stored on your browser as they are essential for the working of basic functionalities of the website. We also use third-party cookies that help us analyze and understand how you use this website. These cookies will be stored in your browser only with your consent. You also have the option to opt-out of these cookies. But opting out of some of these cookies may affect your browsing experience.
Necessary Always Enabled
Necessary cookies are absolutely essential for the website to function properly. This category only includes cookies that ensures basic functionalities and security features of the website. These cookies do not store any personal information.
Non-necessary
Any cookies that may not be particularly necessary for the website to function and is used specifically to collect user personal data via analytics, ads, other embedded contents are termed as non-necessary cookies. It is mandatory to procure user consent prior to running these cookies on your website.
SAVE & ACCEPT